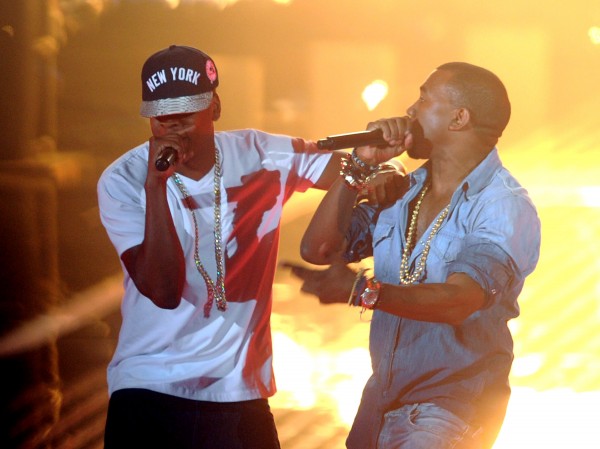 Shortly after Kanye West announced that he would be on the road with Kendrick Lamar and special guests for his ‘Yeezus’ tour this fall, HOV came out and announced the first leg of his ‘Magna Carta Holy Grail’ World Tour, tickets for which go on sale the day before Kanye’s. It seems like these guys are locked in a never ending competition with each other. You might remember earlier in the summer when right in the middle of the promotion for Kanye’s album ‘Yeezus’ HOV announced MCHG. We all know who came out on top of that one. It’s unclear if the same day announcements will negatively affect one artist over the other, we’ll just have to wait and see, but Yeezy hasn’t toured without Jay in such a long time and he has one edge that HOV doesn’t this time around: Kendrick Lamar.

It feels like there is a little bit of tension between the two artists right now but that’s probably just due to the fact that their tours are being put on by rival agencies (Live Nation & AEG) and they want to garner as much buzz for the events as possible, which seems to be working out. Anyway, this will be Ye’s first solo headlining tour in five years as he last toured with Jay on their ‘Watch The Throne’ tour. Jay Z just got off the road with JT after their tour ‘Legends Of The Summer’ ended in mid August and Kendrick recently finished up his GKMC tour and a few huge gigs with Eminem over seas. The Yeezus tour kicks off Oct. 19 in Seattle and the MCHG tour is set to begin on Nov.30th in St. Paul. Both should be epic but we want to know: Which rap deity would you rather see live? Yeezus or HOVA?