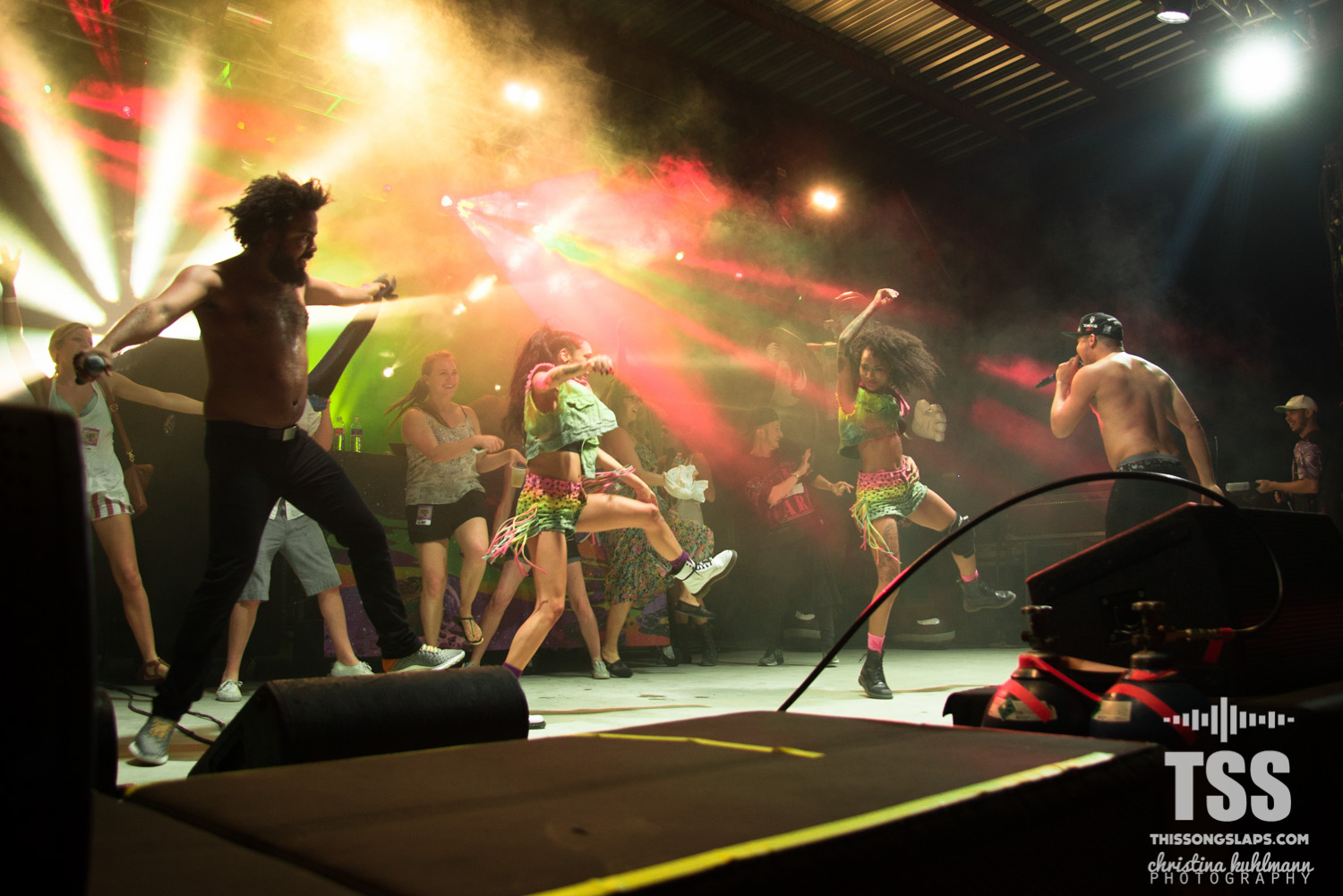 This past weekend I had the opportunity to attend the Mad Decent Block Party in New Braunfels, Texas. This was my first concert/show since HARD in Los Angeles, so it’s safe to say that I was definitely itching for an EDM atmosphere. The weather channel that morning said that it was supposed to rain, but luckily when I arrived all I saw was clear blue skies (Weather Channel you lying bastards). The venue was absolutely packed by the time Flosstradamus went on and everyone was pumped to see them go on. Honestly I was a little disappointed in their set since it was basically the same set that i’ve heard them play in Dallas and Los Angeles. That isn’t to say that it wasn’t a good set, but it sounded very prerecorded and unoriginal. Now what is the opposite of prerecorded and unoriginal? Big Gigantic. Their live set changed my life in the most literal sense. Looking back on all the shows i’ve been to, Big Gigantic’s set that night might be the greatest set that I have ever seen. The use of live instruments, drums and a saxophone, gave the set a feel that you really don’t get with CDJ’s and records. There was so much passion in their playing that it was hard to ignore. Finally it was time for Major Lazer. They started their set with an iconic curtain drop and from that point on it was all theatrics and bass. The music was loud, everyone was dancing, and Jillionaire was really sweaty. I think some of it got on my face at one point and I instantly knew how to make Moombahton. The weirdest part of the night was when Diplo told all the girls in the audience to take their clothes off..but only one did. And I really wish that she had kept her clothes on; I threw up in my mouth a little bit. All in all it was a fantastic evening. The staff at the venue was amazing and very easy to work with especially when I was having an issue getting our fantastic photographer, Christina, inside. Speaking of Christina’s photographer, check out the pictures she snapped at the event and see the world through our eyes!