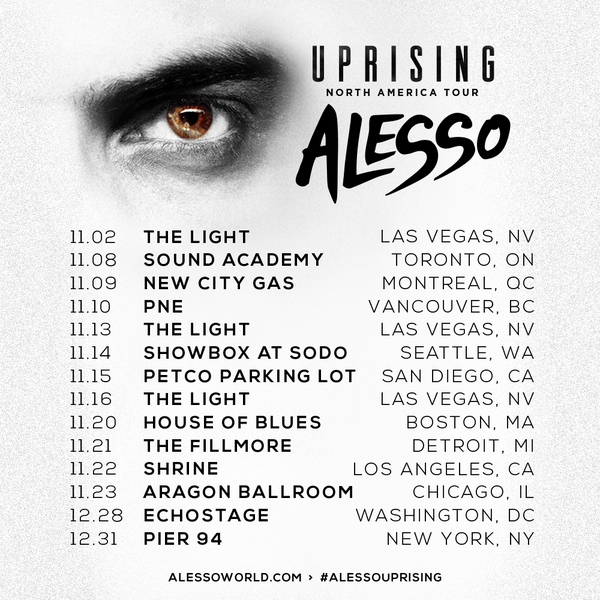 For weeks now we have been waiting in anticipation for Alesso’s massive tour announcement. We all saw the teaser videos, the clips, the pictures but now it’s here! Today we finally got confirmation on everything we had hoped for. Alesso will be going on a North American tour called ‘Uprising’ and he is hitting some major cities. From Boston to LA to DC to Vegas and Toronto and beyond! This is one of the most highly anticipated tours which includes his New Year’s Eve set at Pier 94 in NYC! Pre sale starts THIS WEDNESDAY at 10am est! Check out what has been announced so far and stay tuned for more tour dates!