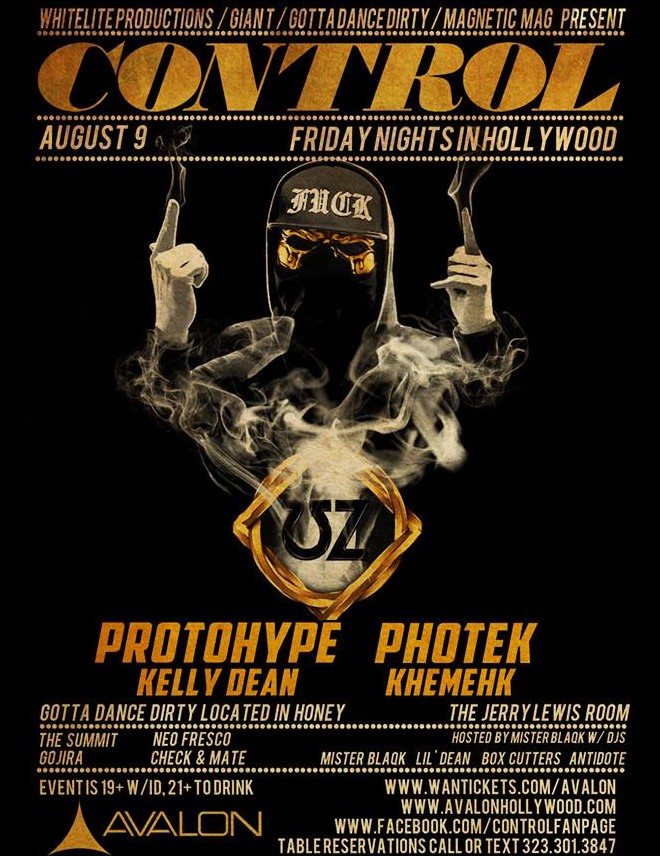 Control Fridays at Avalon brings the heat to Los Angeles tonight with some massive bass and a traptastic lineup. If you aren’t familiar with the masked mystery man UZ yet, you better start familiarizing yourself now with his insane bass flow and twerk inducing tunes. He’s been making lots of noise the past year from playing EDC Las Vegas to HARD’s Day of the Dead.Then you’ve got Firepower Records DJ, Protohype, to bring the dub and wobble back to Avalon. He’s recently released two EP’s from Firepower Records, which have found been not only making their way into everyone’s homes,but also other DJ’s set. Lastly, there’s Photek with his unique flare and electro beats to make this one hardy line up. Control Fridays at Avalon is 19+, so for those under 21 have no fear- you’re not going to have regret missing this insane show.