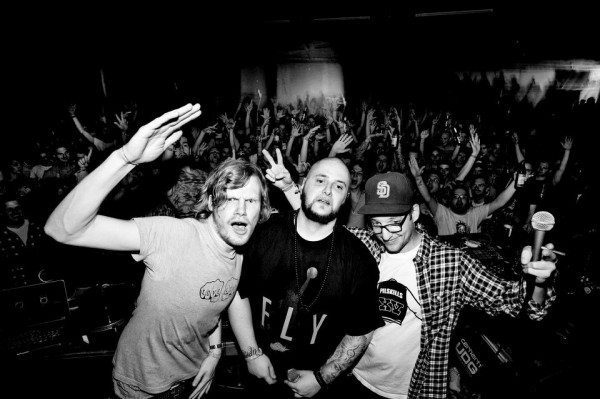 Okay so two days ago I found out about the Betty Ford Boys. I heard the first track off their forthcoming album, ‘Leaders Of The Brew School’ and knew I had to share it with you guys. Here is a little introduction via Melting Pot Music’s official website:

The Betty Ford Boys are the first hip-hop producer super group out of Germany, consisting of Suff Daddy, Dexter and Brenk Sinatra. We call them the rat pack of our beat scene. With all diversity in sound, the three producers are unified in their love for dope beats and high-proof drinks, both catered and consumed with style and expertise.All three first met at the Hi-Hat Club, the producer series that we started a couple of years ago with the goal to push and celebrate the art of beat making. With their respective volumes “Suff Draft” (Suff Daddy), “The Jazz Files” (Dexter) and “Chop Shop” (Brenk Sinatra) each of the guys put the instrumental hip-hop thing on a new and different level. None of their beats need a MC to be complete; they are full songs in their own right.

‘Leaders Of The Brew School’ drops August 30th. This should hold you over until then. Now go grab some buds and enjoy this dope tune from the Betty Ford Boys!