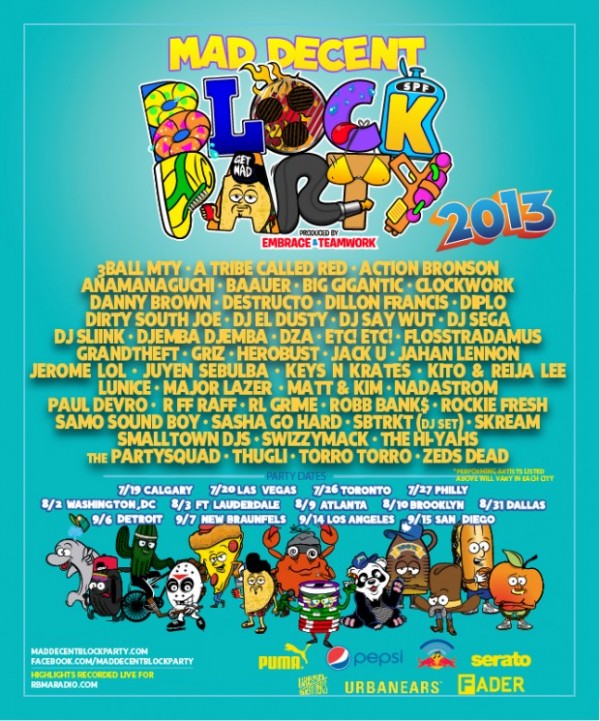 From its humble beginnings, when Diplo and friends bought a permit, made some burgers, and spontaneously threw a show outside in Philadelphia, Mad Decent Block Party has come a long way. This year, the event, which has become a summer staple, is coming out in full force with a STACKED lineup and stopping in even more cities than ever. With Major Lazer headlining every date except Calgary, where its just Diplo, and some combination of Zeds Dead, Dillon Francis, and Big Gigantic at every single show, this is definitely going to be a summer to remember for the Block Party.

If you haven’t gotten your ticket yet, you can get it on the official site, as well as see the lineup broken down by city. All in all, this is going to be an epic show everywhere it goes, and the TSS team will be out in full force. We want to see you all there! Below you can see the recap from Philly last year, which looks like it was absolutely bonkers. Be sure to get a ticket soon, as they most likely won’t last long.