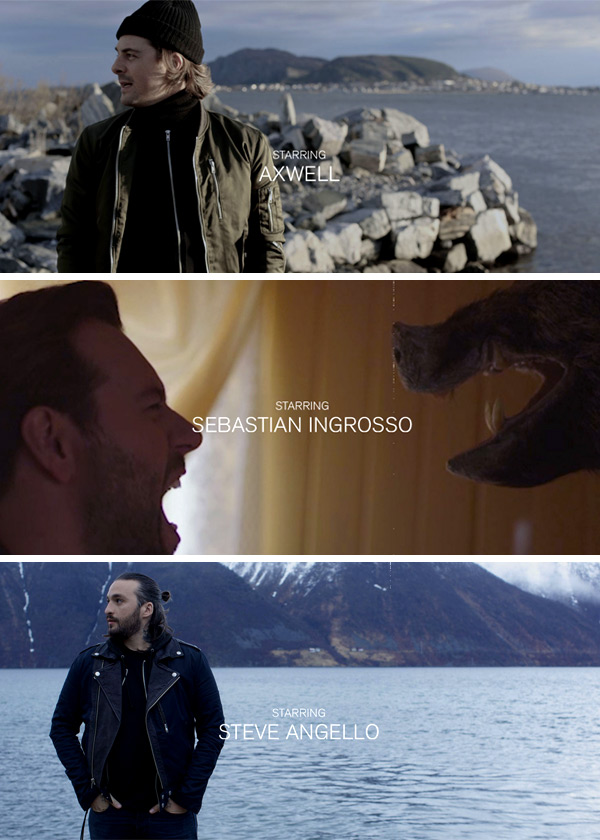 Since the three have been individually dropping subtle hints all week to their ‘Leave The World Behind’ project with Lune the rumor mill has been going crazy.

So here’s the low down on the video below.
– Axwell visits a lighthouse then goes on a cinematic fishing trip.
– Steve Angello gets out of a car then walks to the cloudy beach and gets his ‘fresh kicks’ wet in the tide, then he goes for a hike on a mountain.
– Sebastian Ingrosso yells at a stuffed boar head before shooting some glass jars then wraps up the day by burning some wooden chairs in a bonfire.
– Then suddenly fireworks start going off and Axwell fires off a flare gun in response, which is pretty irresponsible considering he isn’t in distress.
– After that we see a rather drenched looking Axwell wrapped up in a blanket on his fishing boat and Seb plays some simplistic piano notes.

OK so all jokes aside, this project actually looks really cool, and the cover of their track ‘Leave The World Behind’ from Lune is very raw and powerful. Whether there is still more to be revealed or not is unclear, and I’m still not sure what the whole point of this is, anyway, I’m not gonna think about it too hard as it makes my head hurt.