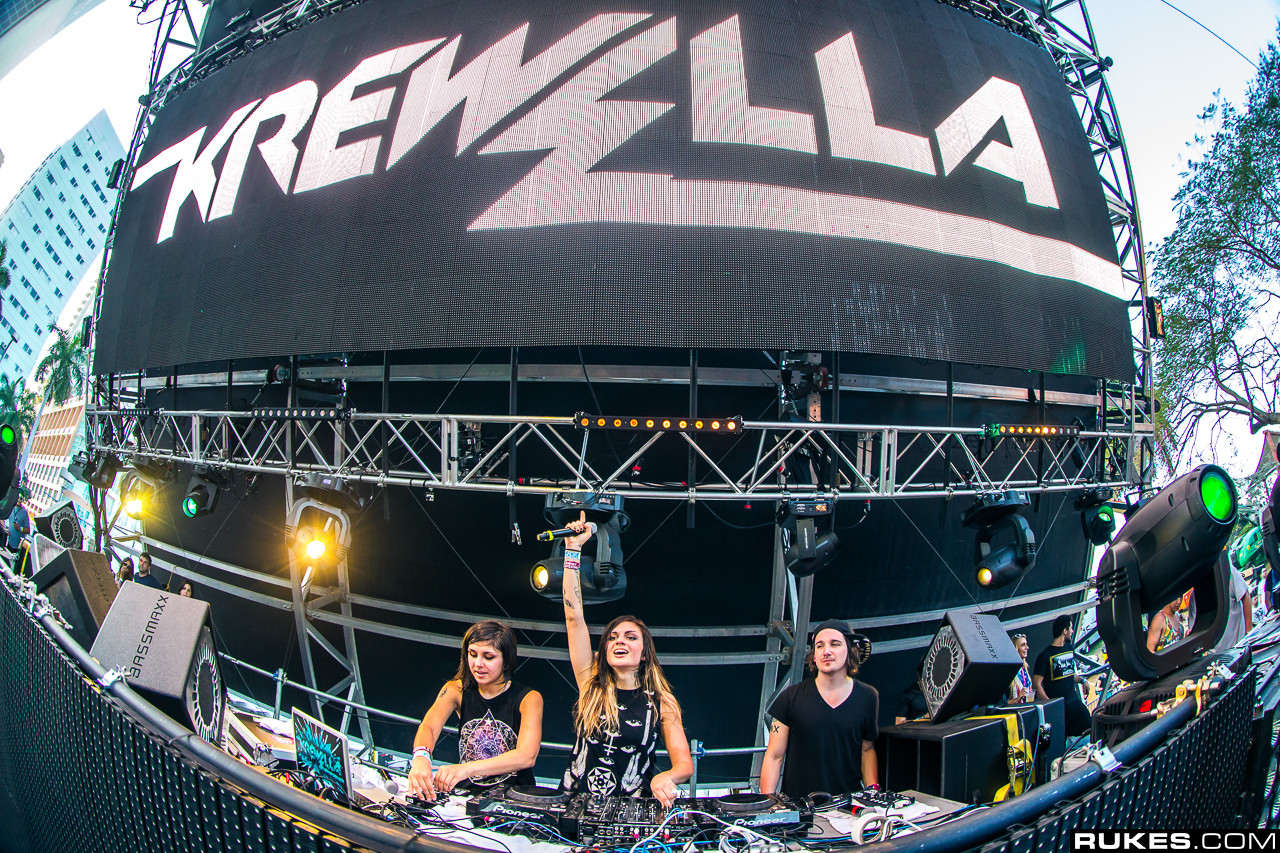 So Yasmine from Krewella took to tumblr earlier today to cover a very important issue; criticism.

I’d like to personally address Daft Punk’s album at this point. I know a lot of people (including us) are are getting tired of the Daft Punk news, but this has to be addressed. Over the past few days I’ve seen countless criticisms and reviews of Random Access Memories, and to be quite honest I’m disgusted at what I’ve read. So many people are dissapointed in this album purely because they can’t jump up and down and go crazy to it like the bangers we are used to.

This album is not about that, it’s about the organic sounds, and yes we’ve all heard the “Daft Punk are the godfathers of EDM”, stop right there.

Daft Punk are very talented, and have contributed so much to this electronic music scene, but I fail to see how they’ve affected EDM, which has only really materialized over the last couple of years. I’d like to point out that Daft Punk hadn’t released anything since long before that, so while they are influencers on people like Deadmau5 who did helped mainstream EDM, they really can’t claim any part in the creation of EDM.

I wrote this last night when I couldn’t fall asleep but didn’t post cuz I was deliriously unsure of whether it was just an insane rant…
The internet has been a battlefield lately. With the recent leak of something as huge as Daft Punk’s new album, musicians jumping down each other’s throats over other petty issues, and fans/anti-fans getting in the middle of all of this shit, it’s impossible to scroll through my timeline on any social media and not see a post that is hating on something or someone.

This is fucking scary for an artist. We’re coming upon the conclusion of the full length album, and for anyone who puts their heart into the music they create and let it out into the world once it is (almost but not ever quite) perfect knows how anxiety-inducing it is in the current day and age to do such a thing. Some support you, but others will stop at nothing to cut you down and make you feel worthless about yourself as a musician and even a person sometimes. Really though, if I had a dime for every person that didn’t know one of the three of us, yet called out some deep character flaw they couldn’t possibly know… More importantly though;

Twelve songs. Through countless (probably over 100) demos, we chose twelve.

It took a full year because we’ve been balancing touring and studio at the same time, but nonetheless it’s been a crazy road.

And I can say right here and right now that some people are going to fucking hate us for these twelve songs. They’re going to think that we’ve taken a giant shit on the music industry, ruined their favorite genre of music, etc. etc. etc. It’s almost comical to me at this point, I always envision a small Napolean-looking character sitting in front of their computer in a dark room, conjuring up new ways to advocate hate on the internet. I imagine them scouring YouTube for videos with too many thumbs-up’s just to even out the ratings with some negativity. Worse though, what’s in my head is probably not too far off from reality.

Now, for those of who are reading this and have completely ignored the last paragraph because you are excited that we have almost finished and are coming out with a full length album soon, FUCKING THANK YOU!!! Because you know what? So am fucking I. I am MOTHERFUCKING STOKED. Jahan, Kris, and I have spent the last year pouring all the wonderful and shitty and insane and just plain fucked up emotions and feelings into this album so I don’t give a flying fuck if anyone has anything bad to say. We spent this entire year working and stressing about whether or not it was going to be good enough in the end, but as the door closes on the creative process for Album #1 (still un-named, working on that though!!) I couldn’t be happier. I speak for myself, but I think my sister and Kris could agree with me. There’s always room for the could-haves and should-haves. But fuck that, we’ll save that for Album #2.

We created this album for the person that is still reading this awfully long rant. You, our krew, our fucking homies, the ones who get drenched and wet to the core with us at our shows, the ones who tweet at us every day, those who make us personalized kandi, write us such beautiful letters that make a lonely hotel night away from home just a little warmer, the die-hards who were one of maybe 20 people at our very first shows back in 2011, the people that know every word of every unreleased song already (how the fuck do y’all know that shit ahhahaaa!), the kids who listen to our tunes every night before they go to sleep and every morning when they wake up… Thank you. This album is for you. It’s to help you when you need a hand and to slap a smile on your face when shit gets bad. We made this for you. Thank you so fucking much for supporting us, I’m sitting here in my room at 4am and I’m getting mad fucking emo thinking about how many people have helped my dream, my Krew’s dream, come true. I wake up every day and think about how rare it is to get even 100 people to listen to your songs, and we have ALL of you? How fucking lucky are we!? The luckiest in the entire fucking stratosphere. Before I start the waterworks and also begin to offend you all with my lack of control with my usage of profanity, I’m going to sign off. But…. one more bigass motherfucking huge THANK YOU!! I cannot wait for you guys to hear these songs and I hope you can all relate to these songs, cuz in the end we’re just three regular ass kids from Chicago going through the ups and downs of life too, we just put these emotions into songs and make them rage-worthy for you guys.

GOODNIGHT AND I LOVE YOU!

Yasmine speaks a lot of truth here and talks about how the critics on the internet who just tear things appart are the people that end up hurting the industry. People need to chill out and let producers produce, DJs DJ, and while good feedback helps, for the love of god don’t just tear a song apart for the sake of things as it makes artists less likely to take a risk in their song, let them do their thing. That is all.