Insomniac To Release “EDC 2013: You Are the Headliner” Documentary 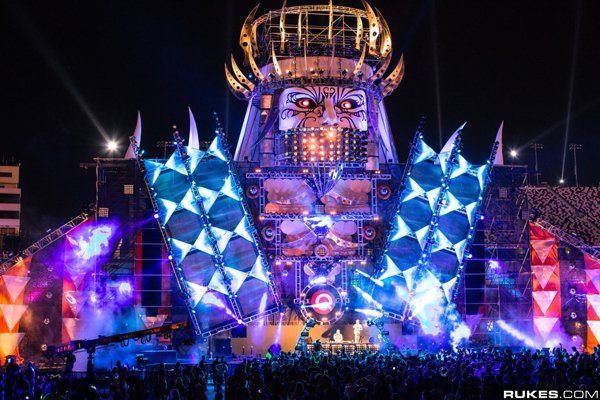 Insomniac To Release “EDC 2013: You Are the Headliner” Documentary

Insomniac, creator of the Electric Daisy Carnival (EDC), is partnering with Haven Entertainment, producers of “A Band Called Death,” and “More than a Game” and directors Dan Cutforth and Jane Lipsitz, the team behind “Katy Perry: Part of Me,” and Justin Bieber’s “Never Say Never,” on the documentary “EDC 2013: You Are the Headliner.” The film will explore the festival experience through the eyes of the fans and the creative minds behind the event.

Beginning in 1997 with a few thousand revelers in Los Angeles, the Electric Daisy Carnival has become the largest dance music event in North America. Known for its over the top displays of pyrotechnics, world-class artists, costumed theatrical performers, interactive art installations, full scale carnival rides and state-of-the-art lighting and sound production, this year’s festival is expected to attract 345,000 attendees from June 21-23, 2013.

“I’m very excited for audiences to witness the passion that goes into making EDC Las Vegas an unforgettable experience for the fans, who I consider our headliners,” said Pasquale Rotella, CEO and founder of Insomniac. “The teams at Haven Entertainment and Magical Elves understand the spirit of EDC and I’m confident that we will capture the magic of the festival on film.”

The film will follow festivalgoers as they prepare for their journey to EDC Las Vegas and chronicle their unique experience throughout the three-day festival. Behind the scenes footage and interviews with key Insomniac team members will give new audiences the chance to discover what has made the Electric Daisy Carnival a global phenomenon.

“There is no live event as innovative and awe-inspiring as Electric Daisy Carnival and we are so excited to bring this one of a kind experience to audiences around the world,” says Rachel Miller, Partner at Haven Entertainment.

“We could not be more thrilled about the vision Dan and Jane have for the EDC Movie and we are honored to be working with them to help bring this cutting edge event to the big screen,” added Kevin Mann, Partner at Haven Entertainment.

“EDC has evolved into a unique pop culture movement and we’re thrilled to have the opportunity to film it,” said Dan Cutforth. Jane Lipsitz added, “We’re inspired by the stories that come together at EDC – stories of love, music, youth and discovery, which are timeless.”

“EDC 2013: You Are the Headliner” will be directed by Dan Cutforth and Jane Lipsitz of Magical Elves. Insomniac and Haven Entertainment are producing with Insomniac founder and CEO Pasquale Rotella and COO Simon Rust Lamb as Executive Producers.

Fans interested in applying to have their EDC, Las Vegas journey documented have until May 28, 2013 to apply via http://edcthemovie.com where they can submit a letter and audition tape for consideration.