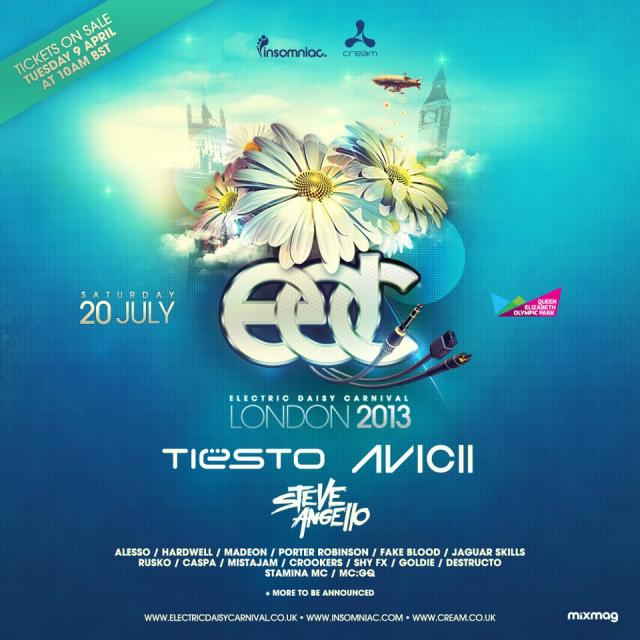 About Insomniac:
Insomniac produces innovative music festivals and events featuring immersive multisensory environments enhanced by state-of-the-art lighting and sound design, large-scale art installations, interactive circus and theatrical performances, boundary-pushing special effects and pyrotechnics, and fan participation. The quality of our fans’ experience is the company’s top priority. Insomniac’s premier annual event, Electric Daisy Carnival, is one of the largest, most spectacular music festivals in the world. Insomniac has produced more than 250 music events and for more than 3 million attendees in California, Nevada, Colorado, Washington, Texas, Florida, New York, and Puerto Rico. Founded by Pasquale Rotella, Insomniac has been based in Los Angeles since it started in 1993.

About Cream:
Cream is one of the world’s leading event promoters, now part of Live Nation Entertainment. Over the last 20 years, Cream has defined itself as one of the world’s most instantly recognizable youth brands and a global leader in the electronic music market. The company has built its reputation on delivering innovative and creative events and universally continues to grow staging club events around the world, hosting the biggest and longest running UK club night in Ibiza every summer, exploiting the global market with Creamfields the world’s biggest festival brand, and in recent years also building up a successful touring division, co-promoting an array of artist led UK tours and stand-alone dance events, including the Swedish House Mafia event at Milton Keynes Bowl UK which attracted 65,000 people.

About Queen Elizabeth Olympic Park:
Queen Elizabeth Olympic Park will begin to open to the public this summer. Electric Daisy Carnival is one of a series of summer concerts and events taking place throughout the summer. For further information go to www.NoOrdinaryPark.co.uk and sign up to our newsletter. The Park will be fully open by spring 2014.

Tickets are available for purchase at www.electricdaisycarnival.co.uk