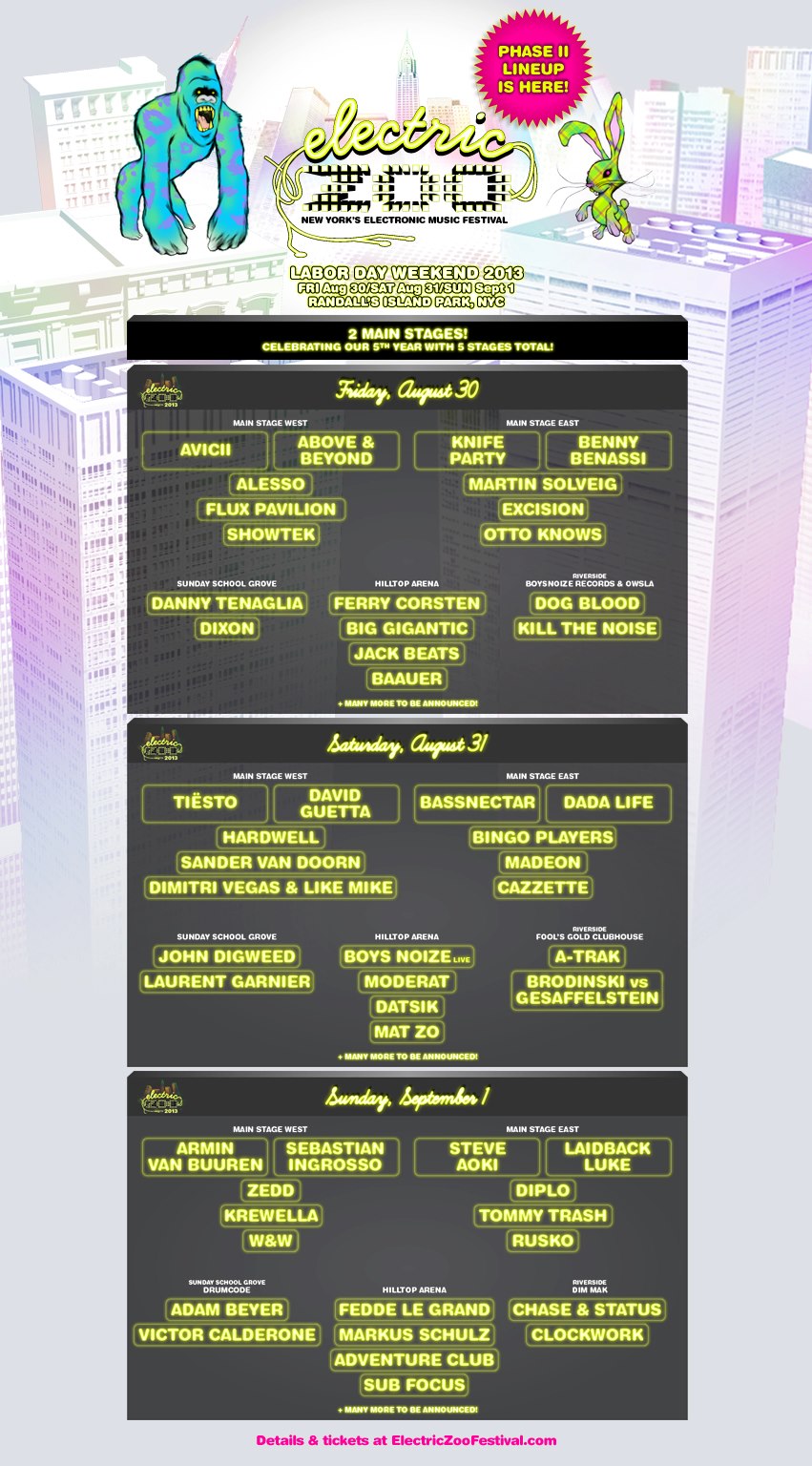 “This big outdoor EDM bash celebrates its fifth anniversary on Randalls Island; the onslaught of DJs, artists and beat makers is as diverse as ever… Nab tickets now — lest you miss showing off those furry boots one last time before summer ends,” says Time Out New York.

More artists to be announced!

Electric Zoo also introduces the new Friday Combo Pak, available for a limited time only at a special price. Sign up now to get your unique Pre-Sale access code so you can grab this deal before sales open to the general public! The Private Pre-Sale date will be announced soon. The Friday Combo Pak includes:

About Made Event
Made Event, founded by Mike Bindra and Laura De Palma, working with a team of industry leaders, is committed to excellence in the programming, promotion, and production of electronic dance music events. They stand at the vanguard of their field due to the world-renowned caliber of entertainment and expert production values they bring into a variety of distinctive and innovative venues. In 2009, Made Event launched the inaugural Electric Zoo — now celebrating its fifth year — and was nominated for “Promoter of the Year” by URB magazine and “Best Music Event’ and ‘Best Event Promoter’ by the International Dance Music Awards every year since. The past year has seen Made Event create a series of highly successful events at Governors Beach Club on Governors Island NYC, as well as present Armin van Buuren’s sold-out ‘A State of Trance 600: The Expedition New York City’ at Madison Square Garden. With over 25 years of combined experience, and over 500 successful events produced in New York City and Miami, Made Event continues to set the bar for quality electronic music events. For more info, please go to www.MadeEvent.com.