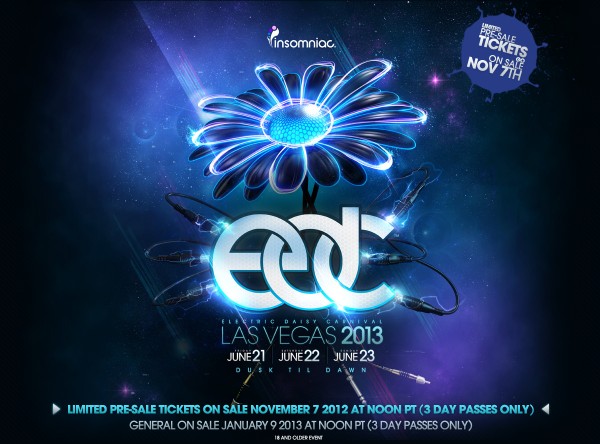 Yesterday Insomniac released their official trailer video for EDC Vegas 2013, coming at the end of June. In my opinion this trailer isn’t as good as previous years’ have been; But regardless it still didn’t stop me from getting goosebumps even though i’m not even going to the festival this year. That is precisely why I think Insomniac is one of the best (if not the best) event company in the World right now; They have the ability to get people excited about an event even if they aren’t going, they’re simply excited about the idea that an EDM event of that size exists. But I digress, check out the video below! And if you look closely at 0:56 you might notice our good friend Hailey wearing a ThisSongSlaps tank.