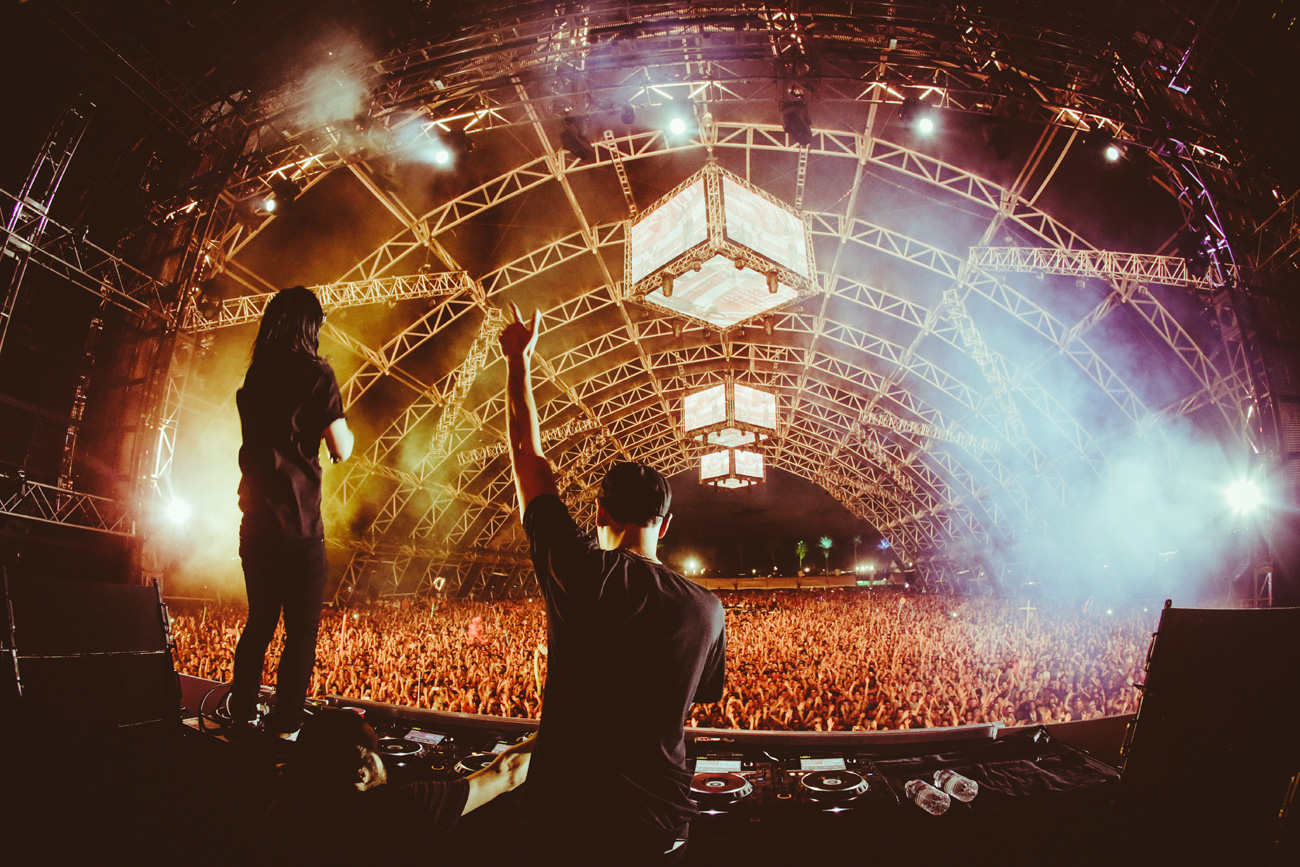 Alright so as Skrillex and Boys Noize continue to straight up baffle us with their INCREDIBLE futuristic and industrial tech sounds. The two are inarguably lightyears ahead in terms of their style. Anyway, in their Coachella set the two go all out with some unreleased remixes of tracks like ‘Goin Hard’ which is an absolute MONSTER of a tune, and really needs to release soon. Oh yeah and they also played one of their new ID tracks that they also dropped at Ultra that we’re assuming is called something along the lines of ‘Kill Em’ With The Beat’ which is like garage rock meets tech music and they also make sure to play their already released tracks like ‘Middle Finger’ and ‘Dog Blood’. If you’ve been following Sonny and Alex on twitter then you know that they’ve been spending a lot of time in the studio lately working on new tunes. One of the things about this set is that at least half of it is un-identifiable, making us worry much less about what tracks they’re dropping and who’s tracks they’re dropping, but instead you’ll just have to listen through the set and enjoy the mystery of Dog Blood in it’s entirety.