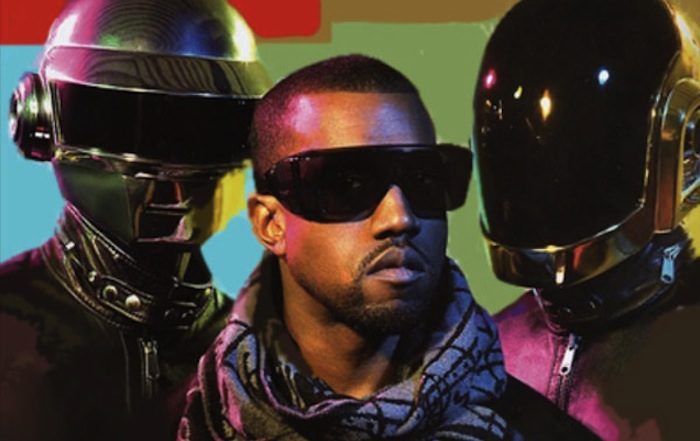 G.O.O.D. Music’s president Kanye West sent the internet into frenzy with one single tweet sent out last Thursday that simple read “June Eighteen.” These two simple words snowballed into a ton of rumors and we’re getting closer and closer to confirming that this day will in fact be the official release date of Kanye’s 6th solo album.

Rolling Stone Magazine has now reported that Kanye West has been working with Daft Punk and Skrillex to produce at least three songs on his forthcoming album alongside several other hip-hop artists such as 2 Chainz, John Legend and Odd Future. Other sources are saying that Chief Keef and Travi$ Scott have recently traveled to Paris and are rumored to have possibly worked on the new album as well.

“It was very raw,” Daft Punk’s Thomas Bangalter explained after a recent studio session with Kanye West. “He was rapping – kind of screaming primally.”

Details about this upcoming release are hard to come by. “You know I’m not going to tell you anything about that crazy-ass boy,” explained 2 Chainz. “Just know that Mr. West has some dope [music] on the way.”

Needless to say, we’re in for a real treat on June eighteen.