Above and Beyond Mocks Will.I.Am – EDC Chicago 2013 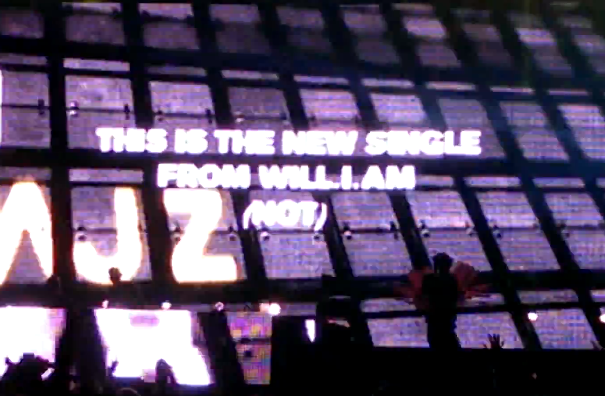 Above and Beyond Mocks Will.I.Am – EDC Chicago 2013

Unless you’ve just returned from living with an Amish family under a rock on another planet, you’ve heard about Will.I.Am and his almost hilariously blatant plagiarism of Arty and Mat Zo’s track ‘Rebound’ which he basically just added some terrible rap lyrics on to and rebranded as his own. Then to make matters worse he tried to claim that he had done nothing illegal because he had gotten permission from Arty’s legal team to use his song, but not Mat Zo’s because Arty “never told me he collaborated with someone else, how was I supposed to know?”….Really? Anyways, this past weekend at EDC Chicago the trance trio known as Above and Beyond decided that taking the “mature/high road” wasn’t nearly as fun as blatantly mocking Will.I.Am, and I think we are all glad they did. In the middle of their set, one of the members began to type the words “This is the new single from Will.I.Am. (Not)” on the screen behind them that was playing their visuals. Bravo Above and Beyond, bravo. Watch the full video below (The phrase starts being typed at 0:40)