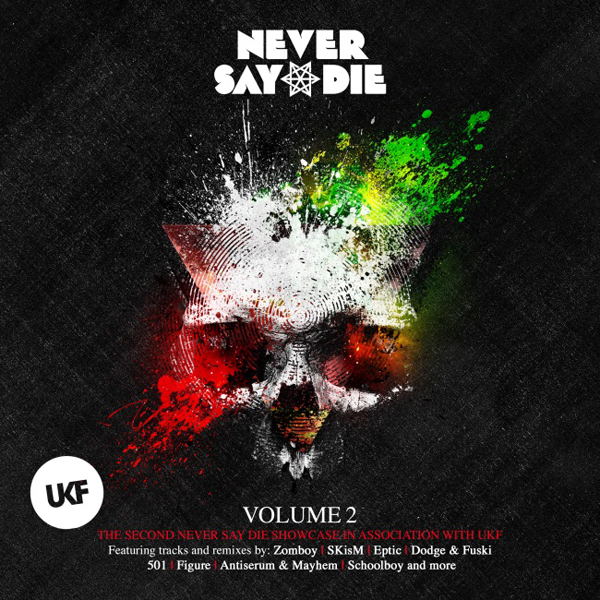 After the successful joint venture of last year’s “Never Say Die” compilation album, Never Say Die Records and UKF are collaborating again to showcase the best and most cutting-edge sounds in bass music.

The core NSD roster is ever-present and is joined by a hand picked selection of special guests. Label head of A&R SKisM heads up the affair and delivers the continuous mix on the deluxe edition, while Zomboy, Eptic, 501 and Dodge & Fuski offer up the trademark sounds that have put the label at the forefront of the Dubstep scene in recent years.

Seizing the opportunity to broaden it’s musical scope, the label has opened it’s doors to feature exclusive tracks by some of the hottest artists in the EDM scene right now including Antiserum & Mayhem, Schoolboy, Figure, Buku, Killagraham, Habstrakt, Virus Syndicate and the legendary BAR9.

The album will be released digitally (and on super limited edition Double CD) on April 21st.