Coachella Presents: The Do LaB Stage 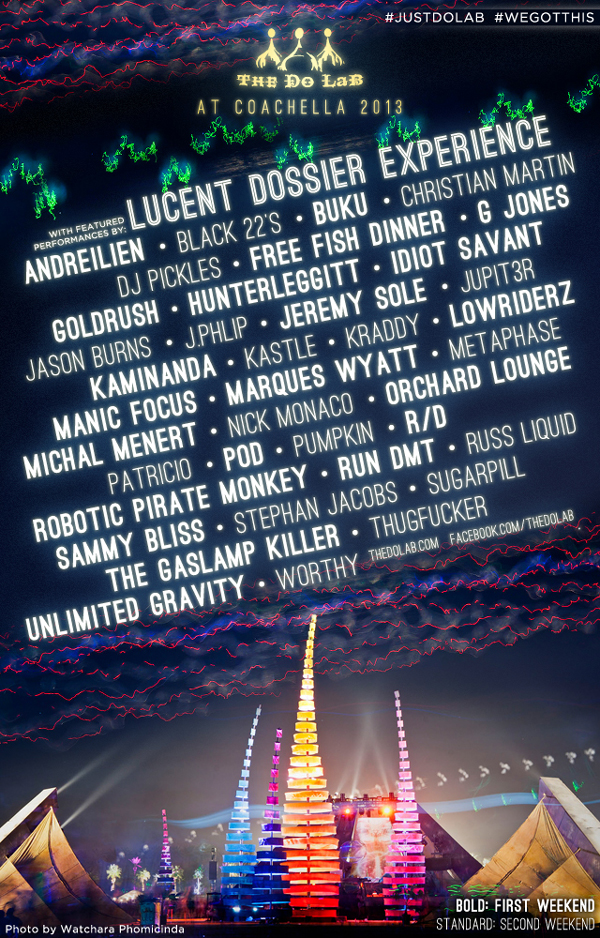 Coachella Presents: The Do LaB Stage

The Do LaB stage has officially announced it’s lineup for Coachella Music Festival 2013 with many of the globes most cutting edge electronic and performance talent including Run DMT, Robotic Pirate Monkey, Unlimited Gravity, The Gaslamp Killer & MANY MORE. Along with the official lineup, The Do LaB has released a trailer from Coachella 2013 showcasing the whole Do LaB experience and how the environment was put together. If you’re heading out to Coachella this weekend or next, be sure to stop by The Do LaB stage for a unique experience you won’t want to miss.

The Do LaB Does Coachella: