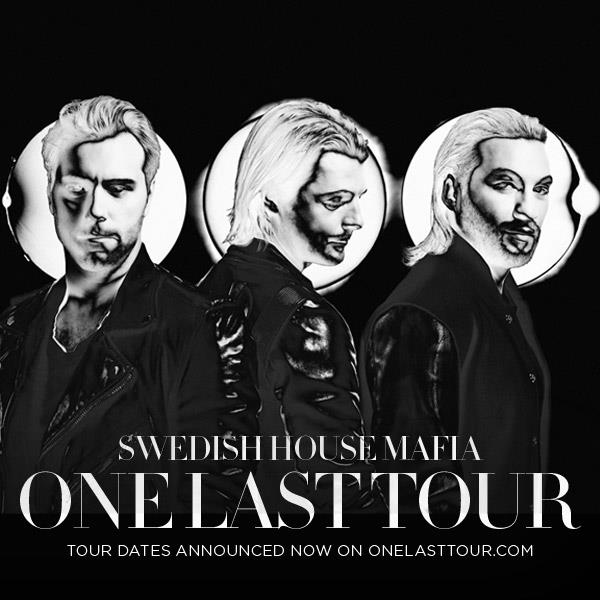 Axwell, Steve Angello & Sebastian Ingrosso, the producers who make up the legendary progressive house music trio known as Swedish House Mafia, are on their “One Last Tour” around the world with Alesso, Zedd, Sub Focus, Monsta, Clockwork & MORE celebrating the end to their famous legacy. The last stop of this sold-out worldwide tour is in Los Angeles, CA at LA State Historic Park, and luckily for you, Live Nation has hooked us up with FOUR pairs of tickets to give away incase you didn’t grab yours before they sold out.

SHM, formed in 2008, have produced countless billboard-topping anthems from their two albums including “One,” “Save the World” and “Miami 2 Ibiza.” These three producers have become international sensations, headlining the biggest shows and festivals around the world. You can say without a doubt, that these three have come together to form one of the most iconic names in EDM history.

Want to win a FREE pair of tickets to see this legendary trio on the last stop of their LAST TOUR? Follow the simple steps below!

4. Tweet “I want to party in #LA with @swedishousemfia for #FREE thanks to @thissongslaps & @LiveNationShows on (FILL IN THE BLANK WITH THE DATE YOU’D LIKE TO ATTEND) http://thissongslaps.co/12ufhw” 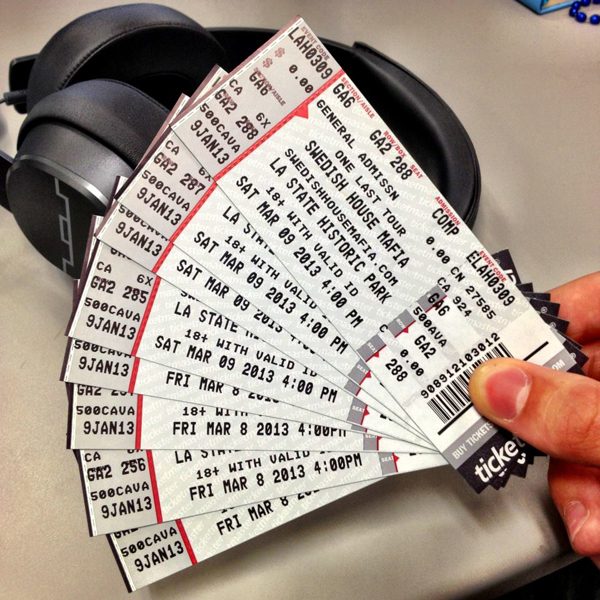