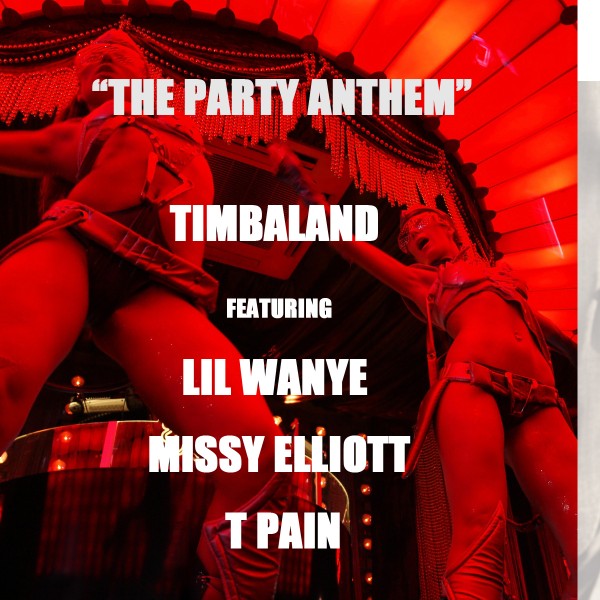 It’s crazy when you think about how many classics Timbaland & Missy Elliott have under their belts dating back to their Billboard chart domination during the late 90’s to early 2000’s. Since then they both have remained relatively quiet except for a few singles here and there in the past couple years or so. Some would say, myself included, that it would be hard to reconnect and rebuild the chemistry they both shared during their best years, until I finally got the time to listen to this T-Pain & Lil’ Wayne featured track, appropriately titled ‘The Party Anthem’. I honestly wasn’t expecting much out of this collaboration UNTIL i hit the ‘Play’ button and automatically started vibing to it. This track is surprisingly dope, it sounds as if Timbo & Missy are going for that multiplatinum sound that had high school prom dance floors packed back in the day. It also doesn’t hurt that T-Pain does his thing on the very catchy hook right before Lil’ Wayne drops a SURPRISINGLY sick verse! Something that we haven’t heard from him in a while. It looks like Timbaland & Missy are back to kill the clubs again, and after hearing this track, i’m interested to hear what else is in the works. It’s the weekend, enjoy what may become your new Party Anthem!