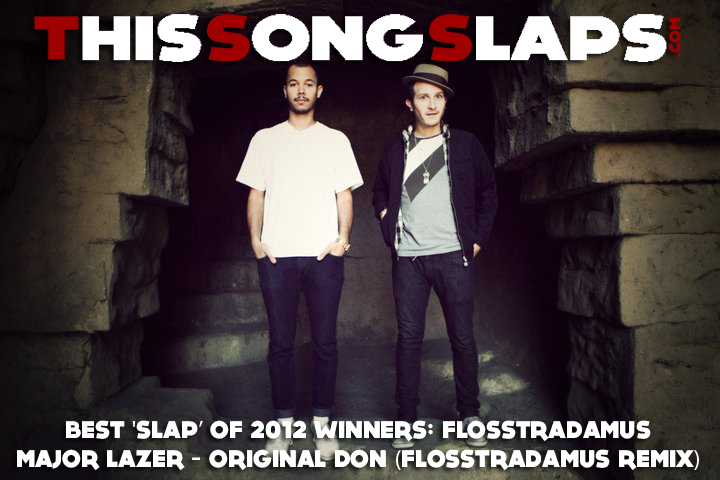 Well, it’s pretty clear from all the voting that your pick as the favourite SLAP of 2012 was…

One of the first big trap remixes to surface this year, this one was a true game changer. Every producer stopped in awe with the arrival of trap. Flosstradamus have played a crucial role in helping commercial trap music grow, and their remix of ‘Original Don’ is tight, and it slaps. What more can a person ask for?

There are so many producers that have come out of nowhere this year and taken the scene by surprise, there are hundreds of them, far too many to name, but a few of our favourite breakthrough artists from this year include our boy Carnage, Seven Lions, Candyland, the guys at Bring The Noise and Krewella to name a few.

It’s no small surprise that this year has been the biggest yet for electronic dance music with the spearhead of the movement being the big summer festivals, as well as the mainstreaming of dubstep and even the popularity gain of trap music.

Some of our favourite remixes from this year include Roll Up (Baauer Remix), Spaceman (Carnage Festival Trap Remix).

The entire TSS Team is beyond excited to see what 2013 has in store for EDM, but if 2012 has been any indicator, then we’re certainly up for the challenge.