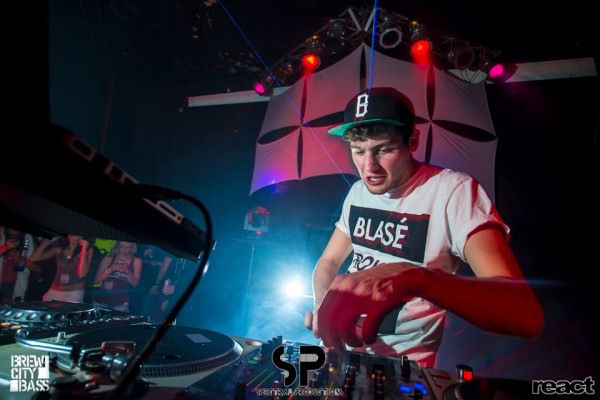 First of all, for those unfamiliar with React Presents, who they are, what they do, etc, I’d like to start off by elaborating a little bit on all of that. React Presents is an event management & online media company formed in 2009 out of Chicago, IL. They specialize in event production, talent buying and have some very unique ways to market and brand different venues, events and products. They initially produce live music events and are the primary talent buyers for The Mid, The Congress Theater, The Miramar, as well as North Coast Music Festival, Spring Awakening Music Festival, and Summerset Music and Camping Festival. Although React is based out of Chicago, they also have offices and throw events in Los Angeles, Detroit, and Milwaukee. Soo basically, if you live near any of those places and theres some sick EDM acts coming through your town, chances are React are the ones who brought them in. Also, if you’ve ever come past or participates in any of our ticket giveaways on TSS, the majority of them are through React as well.

This past friday React Milwaukee teamed up with Brew City Bass to bring in Mr. Harlem Shake himself, Baauer to the The Miramar Theatre in downtown Milwaukee, WI. With Strehlow & Bardeenz, DJ Bizzon, Antics, and Whyb each taking turns dropping their sets on stage as the openers, the night was already on a whole new level long before Baauer was set to go on. After weeks of waiting for one of the forerunners of the trap game to come to Mil-town and throw down, Baauer came in and absolutely took over the Miramar, putting on the performance of the year for React Milwaukee. I’ve been to this venue many times before for countless shows, and I can honestly say I have never seen one with attendance like I did friday night. The place was absolutely poppin’ from the time Antics took stage all the way through Baauer’s hip-hop and trap infused set, and the best part about it was the Milwaukee crowd was literally feeding off Baauer’s insanely high energy the entire night; it was nuts! Dropping everything from RL Grime’s ‘Satisfaction’ Remix, to ‘Fu*k This’ by Munchi, to ‘Higer Ground’ by TNGHT, to his summer banger ‘Harlem Shake’, Baauer’s performance was a definite crowd pleaser and he without a doubt proved why he is one of the bigger names in the trap game touring from city to city. Hopefully this is not the last time the young producer graces Milwaukee, and we will be looking forward to his next appearance with great anticipation. Also, after this show, React Milwaukee has got some series shoes to fill, and I’m stoked to see some of the names they bring in for 2013. If you haven’t had the chance to see Baauer live yet, be sure to check out when he rolls through your city here, and if you want to see how hard React Presents throws down for yourself, here is the list of their upcoming events and shows. TSS fans near Chicago area: this weekend we will be giving away a pair of tickets to Porter Robinson and Hardwell on NYE through React Presents at The Congress, so check back Saturday morning for details.