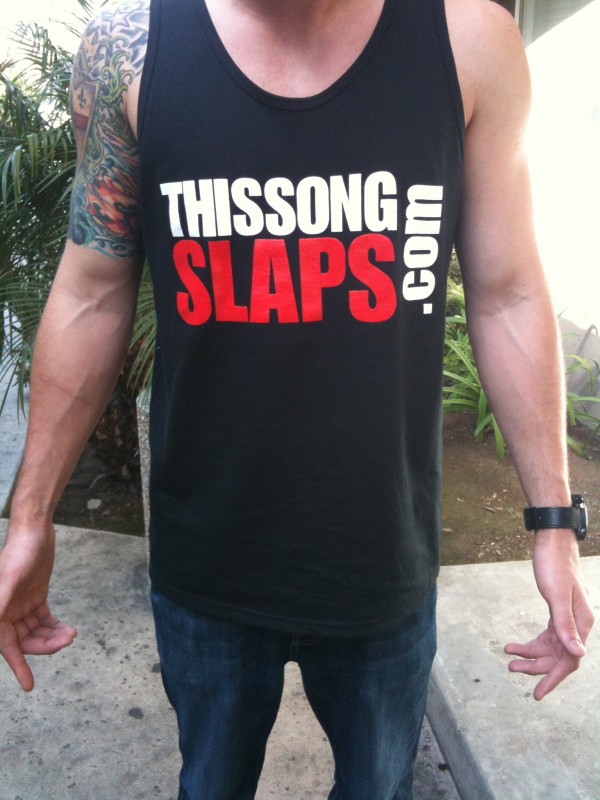 TSS tanks are finally in! Myself and a couple friends wore the tanks to an LA Riots show yesterday and they seemed to generate a lot of buzz. I was surprised at the amount of people coming up to me asking about the site or saying that they already use it. AWESOME! Anyways, if you’re in San Diego, message me and I can meet you somewhere. If you’re not in San Diego, I’m going to have a contest for a FREE TSS TANK later today or you can buy them in the new MERCHANDISE STORE. “Like” this post and watch out for the ThisSongSlaps.com Facebook update later tonight around 9:00. Comment on the post saying “I want a free tank!” for your chance to win! I’ll ship the tank out to you, whatever size you want, free of charge! Good luck!