It’s time to get your day started so jump into it by turning up your speakers for today’s Daily Dose! ‘Return of the Mack’ is a single released in 1996 by English R&B artist Mark Morrison. It was released in the United Kingdom and reached the number one on the charts. It reached number two on the U.S. Billboard Hot 100 in early summer 1997 for one week, kept from number one by Hanson’s “MMMBop” haha. You probably remember the Ben Sample’s remix of Adele’s folkish track ‘Rolling In The Deep’ which was EXTREMELY popular on TSS. Today, Samples is back at it again with a BANGER R&B remix of ‘Return Of The Mack.’ Samples leads into his remix with the normal introduction before he drops some heavy wobbles on you. It seems that everything Samples has been remixing is golden. Turn up your speakers and enjoy Samples’ rendition of ‘Return Of The Mack!’ 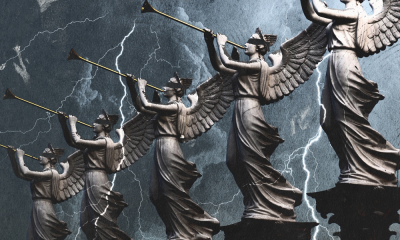