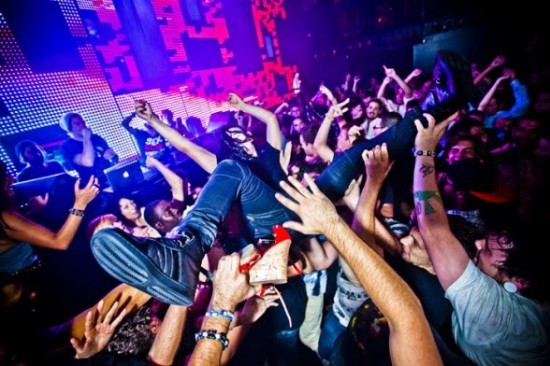 Skrillex, aka Sonny Moore, has been blowing up all over the world with his unique new style of dubstep. This guy has single handedly started to turn filthy dubstep into a mainstream genre of music. Tons of different artists have recruited Skrillex to remix their tracks and this time it’s the Grammy Award winning Italian DJ & producer Benny Benassi. This ‘Cinema’ remix was pointed to me by my friend Ethan, and it’s exactly what the title says; a filthy dubstep remix. Skrillex works with the original beat and lyrics but turns it into melodic sounding dubstep banger which will bring attention from both electro-house and dubstep fans. Benny Benassi has been playing this track at a couple of his shows which is kind of funny because he’s known for his electro-house productions. Also, below is a video of Skrillex’s new remix of ‘Hey Sexy Lady’ by i Square. This video was sent to me by Total Assault in Los Angeles who is a leader in digital and social media promotion for different artists. Be sure to check out the video and buy the song if you like it. In the mean time, turn up your speakers and enjoy this filthy dubstep remix!

Check out the the i Square – Hey Sexy Lady (Skrillex Remix) video!

The Skrillex track can be found on the Hey Sexy Lady Remixes EP, which features four other cuts by Afrojack, Laidback Luke, and more and is available now on iTunes Here