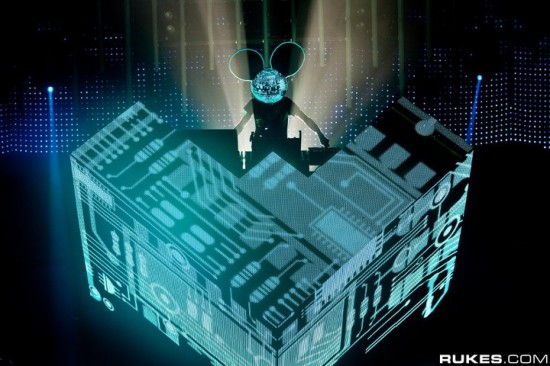 Here’s another release from Deadmau5 called One Trick Pony coming off of his new album, 4×4=12. One Trick Pony starts off with a steady beat and some lyrics from Sofi. This track is a lot like Sofi Needs A Ladder but it’s slower, more dark, and has more of a dubstep beat. This isn’t my favorite song on his new album, but it’s still cool and worth checking out. Deadmau5 really went all over the place with his styles on this album. If you haven’t been keeping up with Deadmau5’s music make sure to check out some of the other songs from 4×4=12 like Raise Your Weapon, Bad Selection, Right This Second, and Sofi Needs A Ladder. Deadmau5 has been starting to release a couple more snippets and songs so I’ll keep you updated with the Mau5. In the mean time, here’s One Trick Pony.